We proposed the Coded Mask Imager (CMI) as the secondary instrument on the Gamma ray Large Area Space Telescope (GLAST) mission. (After its successful launch in June of 2008, it was renamed the Fermi mission. ) The primary goal of CMI was to complement and powerfully enhance the scientific return of Fermi by providing essential information in the lower energy 10-200 keV range. Since coded mask imagers could reproduce the distribution and strengths of X-ray sources in its field of view, it would detect and localize gamma ray bursts for study by Fermi, as well as aid in identifying Fermi sources and expand the wavelength coverage to enable a clearer understanding of the physical processes involved. In addition to detecting and localizing gamma ray bursts, the CMI would also perform an all-sky survey in 10-200 keV X-rays, and would provide alerts to transient phenomena. 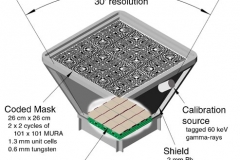 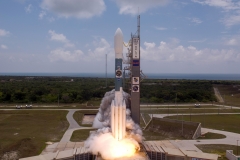 The CMI was expected to detect about 100 gamma ray bursts per year for comparison to what was seen at gamma ray energies by the Large Area Telescope onboard Fermi. The CMI was composed of 4 separate imagers, each viewing a different quarter of the sky viewed by the Large Area Detectors. The detectors would be based upon the UCSD CZT-based HEXIS module. The field of view of a single CMI imager would be 50 x 50 and have an effective area of 50 cm2. The CMI was not selected.