Monitor e Imageador de RAios-X (MIRAX) is a Brazilian X-ray astronomy mission aboard the Lattes satellite along with the Equatorial Atmosphere Research Satellite (EQUARS) mission to be launched in late 2015 aboard a commercially purchased launcher of Taurus class for a 4 year prime mission. MIRAX is dedicated to surveying the Galactic Bulge and Southern Galactic Plane with a set of 4 coded mask hard X-ray telescopes with 5.5′ imaging resolution, and milliCrab sensitivity in a month of continual scanning in the ~5 to 200 keV band. The Cesar Lattes satellite program — the first Brazilian program of space-based scientific observations — is an approved program of the Brazilian Space Agency (Agência Espacial Brasileira; AEB), and is included in the Brazilian National Plan for Space Activities for 2005–2014. Lattes will use the Instituto Nacional de Pesquisas Espaciais (INPE) multi-mission platform (PMM) to continuously scan the heavens with MIRAX and the Earth’s upper atmosphere with EQUARS. 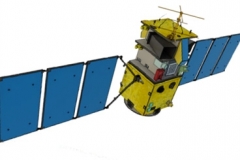 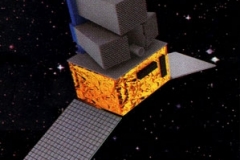 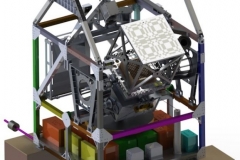 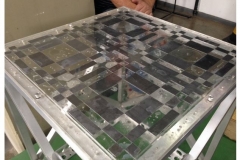 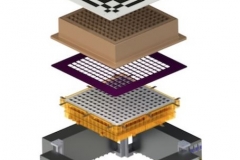 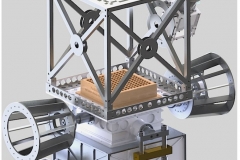 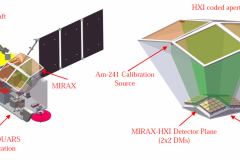 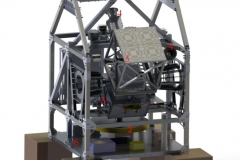 Observing Plan: Lattes is a nadir-pointed, scanning satellite in a low-Earth (altitude ~650 km), 15° inclination, circular orbit. The center of the MIRAX 63°x63° (FWHM) field of view is oriented 25° south of the spacecraft zenith direction, and MIRAX will scan through the Galactic center and southern Galactic plane every 97 minutes. With a ~50 day orbit precession, the full Galactic Bulge and southern Galactic plane will be surveyed. The wide field of view affords long exposures (~15 minutes) to each source in the process of scanning the sky. This regular cadence opens discovery space to MIRAX, unachieved by the predecessor wide field of view, hard X-ray missions (Swift/BAT, INTEGRAL/IBIS), which also have ~2-4X poorer spatial and spectral resolution than achieved with the Hard X-ray Imager (HXI) detector system on MIRAX. The mission will be operated from the INPE mission operations center.

The Hard X-ray Imager (HXI) will be a set of four identical, independent, coded-aperture telescopes in a 2×2 array, each with a 256 cm2 CZT detector and 2362 cm2 tungsten coded mask. with coded mask imaging capability. The HXI detectors will be based upon the NuSTAR and ProtoEXIST detectors, and they will be supplied by Harvard/Smithsonian Astrophysical Observatory. The tagged calibration sources will be based upon the RXTE/HEXTE gain control detectors, and will be supplied by the Center for Astrophysics and Space Sciences/University of California, San Diego.